A description of Delfin Rosales Delivery Teams Project.
This project's origin was a simple system that worked, based on FidoNet's net mail technology, to become a RESTful Web Service project that works! 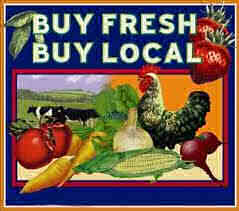 Born to be Local

Designed to be Independent

Planned as a Business model


Delivery Teams is a Cloud Computing project aimed to serve as bridge between business owners and customers in towns and small cities. Our initial population target is between 10,000 and 40,000 people for each Team, but this business model can be equally used in urban areas.


Our focus is our local community. Most small business owners, as well as other small producers, can't add a delivery service to their operation because of the the little return on the investment that small towns offer.

By offering our service to any and all businesses in our town, and at a fraction of the individual cost, the viability and profitability of adding delivery service to their business model is now much more attractive, thus possible.


The directors of Delivery Teams group have set forth a number of business guidelines that are expected to be copied in order to maintain homogeneity in the service, regardless of its service area. This been said,

each Team is an independent business entity; as such, each Team manager runs the business the way they decide is best, from their fees to their delivery area.


Each team is equipped with at least one high performance Linux® Server running a modified version of the Restaurateur Pro interface.

This Server control all aspects of the local team, adds/remove authorized Terminals, adds/removes providers, local links, special offers, merchant coupons, and so on.

These Servers are the only devices allowed to interact directly with the Restaurateur Pro Web Service.

Connect to the Delivery Teams network and start offering delivery service to your customers right away. All you need is a tablet and an Internet connection.

Perfect for restaurants, bakeries, delis, organic farmers, etc. If you can produce it, Delivery Teams can deliver it for you!
Or you can deliver it yourself.

At the time of its programming more than twenty years of resturant business experience significally influenced the final outcome, its robustness, stability, and easiness of use.

The software installs over any operating system, but we provide our Servers and Terminals running Linux® for the dependability and reliability that this OS has maintained over the years.

Actively maintained, the dependency both our children projects have on the very core of this system influenced my the decision to turn it into a Web Service rather than sell it individually.